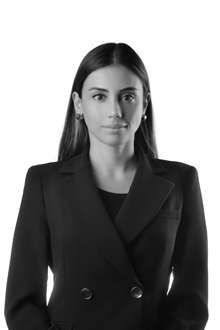 The Law No. 7257 Amending the Electricity Market Law and Certain Other Laws (“Law No. 7257“) was published in the Official Gazette on 2 December 2020 and became effective on the same date. The Law No. 7257 introduced significant legislative changes for the mining, electricity and natural gas sectors.
Please click on the relevant link below for our sector specific note regarding the Law No. 7257:

Amendments to the Mining Law

The Law No. 7257 Amending the Electricity Market Law and Certain Other Laws (“Law No. 7257“) was published in the Official Gazette on 2 December 2020 and became effective on the same date. The Law No. 7257 introduced significant changes to the Mining Law No. 3213 (“Mining Law“).

Default in License Fee Payments: The Law No. 7257 repealed the rule imposing a fine of twice the license fee amount if a license holder defaults in its license fee payments. The unpaid license fees will instead be subject to default interest per the Public Receivables Collection Law No. 6183 (“Public Receivables Law“).

Exception for Imprisonment: Previously, unauthorized mining activities were subject to imprisonment, except for the expansions to neighbouring sites. Pursuant to the Law No. 7257, the exception will now be applied only for expansions to sites outside of the operation permit area by up to 20 meters.

Royalty Agreements: The Law No. 7257 clearly provided that permits received under the Mining Law for licenses that were partially transferred and registered based on royalty agreements executed with public institutions will continue to be valid for those partially transferred and registered licenses, provided that the capacity undertaking stated in the relevant royalty agreement is complied with.

Financial Clearance Certificate: The submission of a financial clearance certificate issued under the Public Receivables Law is no longer required for mining license applications other than those for the issuance, extension, transfer and succession of mining exploration and operation licenses and environmental compliance fee repayments.

The amendments’ purpose is to re-regulate and simplify the bureaucratic procedures for sector participants.

Amendments to the Electricity Market

Please refer to our client alert dated 4 December 2020 for in-depth updates to the renewable energy resources support mechanism. The important changes to the Electricity Market Law are as follows.

License/Preliminary License Cancellation: Generation licences, auto production licenses, and relevant preliminary licenses that have been issued and relevant license applications that have been made as of 2 December 2020 can be terminated or their relevant installed capacity requirements can be decreased through a partial or full return of collaterals after submitting an application within two months after 2 December 2020.

Installed Capacity for License Exempt Facilities: Renewable energy based electricity generation facilities can be established based on the installed capacity stated in the relevant connection agreement without being subject to any additional installed capacity limitation.

National Tariff Implementation: The price equalization and cross subsidy regime will continue to be applied until 31 December 2025.

General Lighting: The budget allocations from the Ministry of Energy and Natural Resources and general budget tax revenues of relevant municipalities and provincial private directorates will continue to pay for general lighting costs until 31 December 2025.

Connection System Investments: The Law No. 7257 shortened the repayment period for transmission system investments financed by license holders to five years from ten years. In addition, it explicitly stated that repayments will be made through set-offs from the system usage fees.

Immovable: Previously, nationalization requests for license or preliminary license holders were subject to the EMRA’s initial decision. Other requirements for nationalization were the responsibility of the Ministry of Treasury and Finance for preliminary license or generation license holders and TEDAŞ (the national distribution company) for the distribution license holders. The Law No. 7257 re-regulated and simplified the relevant principles and procedures. Accordingly, EMRA became the only authority overseeing immovable requirements for generation activities and TEDAŞ became the only authority overseeing immovable requirements for distribution activities.

The amendments’ purpose is to rationalize procedures and promote sustainability in the market.

Amendments to the Natural Gas Market

Organized Natural Gas Wholesale Market: The Law No. 7257 introduced a last resort mechanism to ensure supply security for eligible consumers. The principles and procedures regarding the implementation of this new mechanism will be regulated under a secondary legislation to be issued by the Energy Market Regulatory Authority (“EMRA“). In addition, the EMRA is authorized to incentivize or require trade natural gas in organized wholesale market in order to develop an approach similar to market maker structures in international markets.

Local natural gas: The definition of “production” was expanded to include the transportation of local natural gas directly to the distribution network in order to increase feasibility.

LNG Transportation: LNG under export licenses can be transported in order to facilitate LNG sales.

(i) Distribution companies can make network investments where there is no zoning plan or roads in accordance with the zoning legislation, provided that:

Exemptions from the Public Tender Law: The exemption provided for spot LNG purchases of the national network operator (BOTAŞ) through import licenses was extended to cover any kind of natural gas purchases by BOTAŞ. In addition, the exemption for certain offshore activities of the national petroleum company (TPAO) was extended to cover (i) the purchases of BOTAŞ and their affiliates, including those established in abroad; and (ii) offshore and onshore exploration, drilling, production, transportation, storage and gasification activities.

The amendments’ purpose is to provide feasibility in natural gas market transactions and expand the natural gas distribution network.