The International Chamber of Commerce (ICC) has released its dispute resolution statistics for 2019, which demonstrate a busy year for the ICC with a high number of newly registered cases across the world. As per the statistics, last year, the ICC International Court of Arbitration (“ICC Court”) registered 869 new cases, of which 851 cases were under the ICC Rules of Arbitration and 18 cases were under its Appointing Authority rules.

Notable highlights of the 2019 statistics include the increasing popularity of arbitration and the diversity of the nationalities of the parties and the geographical origins and gender of the arbitrators.

The year 2019 holds the second highest number of newly registered cases, behind the record figure of 966 cases in 2016. As of the end of 2019, the ICC Court had recorded 1,694 pending cases and 869 of them were newly registered. Turkey remained the most represented nationality within Central and Eastern Europe with 47 cases, with 24 claimants and 23 respondents from Turkey. 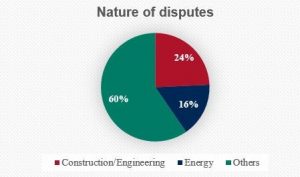 Considering that arbitration is a preferred alternative to dispute resolution especially for its speed and effectiveness, another significant statistic to consider is the length of proceedings. The average duration of arbitrations that reached a final award was 26 months, compared to 28 months in 2018.

The 2019 statistics show increasing diversity and inclusion in parties and arbitrators in terms of nationality, gender and age. 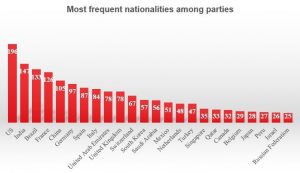 The inclusion also applies to the arbitral tribunal. Arbitrators confirmed or appointed in 2019 came from 89 jurisdictions — the highest number of jurisdictions to date. New nationalities represented included Azerbaijan, Botswana, Haiti, Malawi, the Palestinian Authority, and St. Kitts and Nevis. 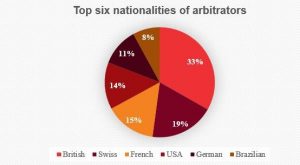 These statistics, which are published annually, are very significant with regard to monitoring the changes and developments in arbitration and identifying the deficiencies. The statistics demonstrate that the ICC remains a widespread dispute resolution center with a high number of cases and filings from a number of different countries, including Turkey with 47 cases. Although ICC arbitration is popular, the average duration of ICC arbitrations is at least two years according to the statistics, which perhaps could be improved in the upcoming years with the further digitalization of arbitration.