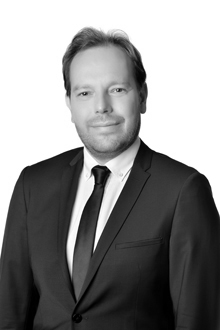 Changes Brought by the Law

The New Law brings many innovative changes to competition law practices such as behavioral and structural measures; significant impediments to effective competition test in mergers and acquisitions; settlement and commitment procedures; and a de minimis exception. These changes are expected to streamline competition law enforcement and increase procedural efficiencies for both undertakings and the Competition Authority (“Authority“).

Significant changes ushered in by the New Law include:

“Significant Impediment to Effective Competition” (SIEC) Test in Mergers and Acquisitions: The New Law amends the first paragraph of Article 7 of the Law No. 4054 to introduce significant impediments to the effective competition test, in addition to the dominant position test during merger control review. This particular test is already being used in the competition law enforcement in the European Union. This test does not only evaluate the effects of a merger or acquisition in terms of creating or strengthening a dominant position; instead, transactions that may result in significant reductions of the effective competition in the market may fail to receive clearance from the Authority.

On-site Inspection Powers of Case Handlers: The scope of the on-site inspection power of the Competition Authority’s case handlers is further clarified with the amendment made to Article 15 of the Law No. 4054. In this context, experts will be able to examine undertakings’ books; any data and documents kept in the physical/electronic environment and information systems; and obtain copies and physical samples of these data and documents in the on-site inspections carried out by the experts of the Authority.

“De Minimis” Exception: The New Law amends Article 41 of the Law No. 4054 to provide that the Competition Authority may refrain from pursuing a violation of competition law in the form of an investigation if the violation does not noticeably harm the competition in the market. This exception is also available in the European Union competition law enforcement and is termed the “de minimis” exception. Clear and hardcore violations such as price setting, market or customer allocation, and restriction of supply cannot benefit from this exception. The purpose of the legislation is to serve procedural utility by focusing public resources on enforcement priorities as opposed to conduct failing to create a noticeable reduction on competition based on criteria such as market share and turnover.

Commitment and Settlement Procedures in Preliminary Inquiries and Investigations: The New Law amends Article 43 of the Law No. 4054 to add commitment and settlement procedures, available in the European Union jurisprudence, to the competition law legislation and enforcement.

The New Law takes great strides in expanding the Board’s review and bringing competition law in line with enforcement in the European Union through behavioral and structural remedies, commitments and settlement mechanisms. The amendments modernize legislation and strive to achieve procedural efficiency. It will be valuable to see how concerns about property rights and the market effects of structural remedies, as well as challenges to the protection of data privacy during the Authority’s on-site electronic reviews will play out during the implementation and enforcement of the changes.