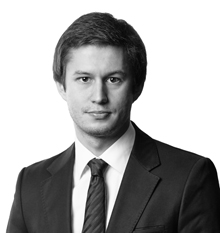 1. Scope of penalties to be fulfilled in open penal institutions extended

If the administrative board determines that a prisoner is ready to re-integrate into society, execution judge will make an evaluation and decide whether to transfer the prisoner from the closed penal institution to an open penal institution.

2. Due to the COVID-19 pandemic, certain convicts are granted leaves of absence until May 31, 2020

As per temporary article 6(1) adopted in scope of the Law, in terms of the crimes committed before March 30, 2020, prisoners that have demonstrated good behavior, who are in open penal institutions or juvenile detention centers, and who have three or less years remaining until their conditional release, are entitled to go on probation. As understood from the wording of the Law, not only the current prisoners, but also the criminals sentenced to imprisonment after March 30, 2020 due to their crimes committed before this date are entitled to go on probation in accordance with this provision. The following crimes are excluded from this temporary provision’s scope: first-degree murder; intentional injury; aggravated intentional injury; torture; crimes against sexual inviolability; violation of privacy; narcotic crimes; and terror crimes.

4. Periods required to be spent in penal institutions to benefit from conditional release re-determined

However, prisoners sentenced to imprisonment due to the following crimes were excluded from the scope of this reduction: first-degree murder; intentional injury; aggravated intentional injury; torture; crimes against sexual inviolability; terror crimes; violation of privacy; crimes of divulging state secrets; and espionage.

The Law amended the execution of sentences and probation practices by reducing execution periods and the required time served for conditional release. In addition, due to the continuing spread of COVID-19 in Turkey, prisoners in open penal institutions or under probation are granted leaves of absence until May 31, 2020.