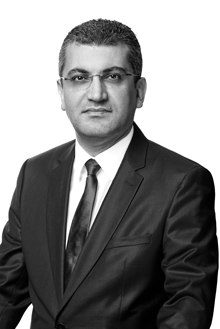 As a part of the global move toward greater transparency in tax reporting and collection, in recent years Turkey has accelerated work on the automatic exchange of information with the tax authorities of other countries within the scope of common reporting standards. With this increasing transparency, a tax amnesty for undeclared assets abroad owned by individuals resident in Turkey has long been expected. The government has now taken the first step, preparing a comprehensive draft law, including a tax amnesty which would enable taxpayers to bring their assets located abroad to Turkey tax free. On June 24, 2016, the government submitted the draft, entitled the “Law Amending Certain Laws to Improve the Investment Climate”, to the Turkish Parliament for adoption.

What the draft law says

•   Legal entities and real persons resident in Turkey must notify a bank or intermediary institution in Turkey of their money, gold, foreign currency, securities and other capital market instruments kept abroad by before December 31, 2016.

•   The fair value of receivables and immovable property must be declared to the tax authorities in Turkish currency before December 31, 2016.

•   Legal entities and real persons can also declare these assets to the relevant authorities on behalf and account of third parties.

•   No tax audit, tax assessment, investigation or prosecution will be conducted due to the arrival of these assets in Turkey.

•   Assets brought from abroad under the amnesty can be recorded in companies’ corporate books. There will be no restrictive regulation of the recording process.

•   Adding these assets to share capital, maintaining them in a special account, or using them to pay debts will be at the companies’ discretion.

•   These assets will not be subject to gift and inheritance tax.

•   To benefit from this tax amnesty, taxpayers must bring their assets into Turkey within one month following notification, but in any event by December 31, 2016. As to receivables and immovable property declared, the amounts corresponding to their value in Turkey in Turkish or foreign currency must be brought within one year following the declaration date.

While it will not enter into force until the date of its official publication, we expect that the draft law will be adopted in July in its current form without substantial change. Therefore, once enacted as law, affected taxpayers wishing to benefit from the amnesty should declare their assets abroad to the relevant authorities before December 31, 2016.